Children cannot vote. What this often means is that we adults have to step up and use our voices to speak up on their behalf. I want to discuss with you about the 1 in 38 campaign and how you can support children born with congenital (birth) anomalies at the legislative level. With your vote, you can make a difference in the life of a child with a congenital anomaly. This bill will enable children to obtain coverage for services such as medical dental and orthodontic speech and occupational therapies for children who are born with cleft lips, cleft palates, craniosynostosis, and all other congenital anomalies. 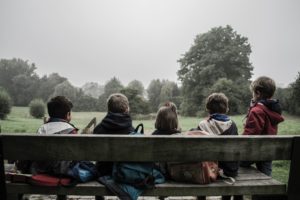 This is an issue that is near and dear to my heart – which is the care of children born with congenital anomalies. I want to specifically turn your attention to Senate Bill S7709 – “Give Kids A Chance– Carter’s Law” that will mandate health insurance coverage for children with congenital anomalies including certain reconstructive and rehabilitative services including inpatient and outpatient procedures.

The journey started with Carter, a patient of mine and his mom, Jennifer. Carter was born with a cleft lip and palate. It all started when I met Carter and he needed surgical reconstruction for secondary deformities and complications that he had as a result of his initial cleft lip and palate.

I met Carter’s family, we discussed his surgical plan and detail, and everyone including Carter was excited to get his surgery done. Carter had a fistula, which had occurred after his original surgery. His family came to me to seek help for secondary reconstructions. Everyone was looking forward to being able to eat without food coming out of his nose, to be able to drink with a straw and to have his bone graft done to the gap in his gums from the cleft. He had not been able to do this since he was a little child.

On the day before Carter’s surgery, my office received notification from the insurance company that Carter’s surgery had been denied. It was devastating. Rather than have the office call the family, I decided to break this difficult news to them myself. We had waited weeks for his surgery and break this news to them. Carter was in the background. He was devastated, and his parents were distraught. Carter was extremely disappointed as he had been looking forward to getting the surgery done. In fact, the parents were so understandably frustrated, and seeing Carter’s devastation, they decided that they would like to proceed with the surgery the next day and they would pay the insurance fees, hospital fees, and material fees out of pocket. My heart went out to them. Just as parents would, they wanted to do right by their son, regardless of the cost and expense to them.

Something in me rose up; I guess you could say it was some sort of righteous indignation. I had seen this happen too many times; children denied services they need because their surgery was considered “cosmetic” or “not medically necessary.” I made the decision that this needed to stop, and it needed to change here. Carter’s parents were like many others who felt they couldn’t fight the system to get what their kids needed. 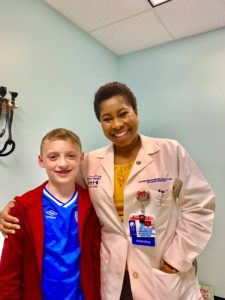 I discussed with Jen over the phone that this was the plan – No, I was not going to let the parents pay for the surgery; and no, they were not going to incur such a financial burden on their entire family for a medical service that should be considered necessary to restore the form and function of a child. Carter had been looking forward to this because he had a complication when he was a child as a result of his cleft palate repair that resulted in a fistula which is a hole in the pallet the communicator between the nose and the mouth and for many years had prevented him from being able to eat and drink without having food coming through his nose or do basic things such as sucking from a straw as he wasn’t able to generate enough suction to be able to do so.

I told Jen the plan – “We are going to fight this, Jen” I told Carter’s mother. “If we don’t fight it and you pay this time,” I continued, “it is possible that the insurance company will continue to deny any other subsequent surgeries from now on. Furthermore, other children like Carter will continue to suffer like this, and not many families can even cover the cost as you are trying to do. You are not going to pay out of pocket for this. Rather we are going to appeal and fight this.” I said vehemently. I decided that we were going to take a stand. It was the right thing to do. If felt, all wrong watching families helplessly defeated for services that were truly medically necessary to restore form and function for their children to integrate and become a part of the society into which they were born and belong.

I had an idea and my strategy with Jen was based on work I had done with the California Society of Plastic Surgeons (CSPS) while I was a resident. Arnold Schwarzeneggar was the sitting California governor at that time. I remember because I enjoyed watching his action movies while growing up in Nigeria, but I digress. Anyway, I had gone to the Capitol in Sacramento with the CSPS Legislative group and I met with Senate and Assembly-men and -women with their representatives to talk about reconstructive services provided by Plastic Surgeons. I realized that many of the legislative leaders, like the public, were not aware of the depth of plastic surgery services beyond cosmetic only services that are only depicted in the media. Plastic surgeons help restore form and function, in not only cosmetic but also reconstructive roles.

“Jen, the easiest course of action will be to pay for the surgery and be done with it. However, there is a more difficult course of action, but it will be more impactful over time if we succeed, not just for Carter, but also for the many other kids like him.” Here’s what we discussed – just like the CSPS had broadened my view on education and advocacy with legislatures, I discussed with Jen that we would start by reaching out to the insurance to appeal this. We began writing appeals to the insurance companies regarding the importance of helping to restore our children with congenital anomalies back to the best functionality possible so that they could integrate into society and be able to live their best lives. We started writing letters to legislative constituents in the family district. Jen and her family were amazing! They took off with this and rallied around the cause. Jen began writing and sending letters to all legislative constituents that she could reach. I also began rallying parents together in my cleft-craniofacial clinic so that we could get additional voices heard and tell their stories.

And thus, that journey that started several years ago with that gut-wrenching phone call has evolved into something that would change lives today. I still remember when I sat at my desk to brace myself as I made that phone call to Jen, I remember the range of emotions the family went through like some many of my other family. But, most beautifully, I recall now the resolve and hard work of advocacy and the result that this is bringing to the children in New York.

Fast forward till today and the privilege for me to tell you about the 1in 38 campaign, and the efforts of the many individuals, groups especially the New York State Society of Plastic 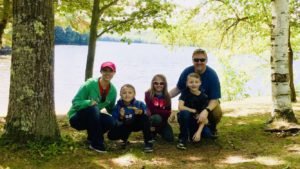 Surgeons (NYSSPS), Senators, Congressmen, Congresswomen, Lobbyists, and many others who have worked tirelessly to have this come to pass. But we can’t do it without your help. You see 1 in 38 children in the state of New York are born with a congenital anomaly, and you can help make a difference in shaping their futures by your vote. This work is in the state of New York, but I believe with the support of individuals such as yourself, it will spread to other states as well.

I am excited about the evolution of what began as a disappointing phone call morph and culminated into a bill that can change the lives and future of our children. 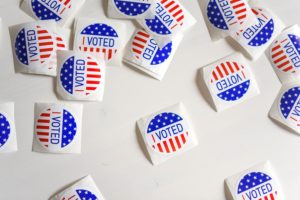 To support Senate Bill S7709 – “Give Kids A Chance– Carter’s Law,” please go to New York State Senate.gov to vote on this bill as well as 1in38.org to help take a stand and use your voice to help a child that needs you.

Thank you for your time and partnership.